The latest in home security is here and it’s one where privacy is of the utmost priority. Introducing the UniFi Protect G4 Doorbell.

Take a walk around your neighborhood or your apartment complex and you will no doubt encounter a doorbell camera mounted on people’s doors. Seemingly overnight, the popularity of these security devices have skyrocketed and models of all shapes and sizes, prize, and model have been released to the market to the delight of many. But there is one glaring problem that these devices pose to regular people and it has to do with privacy.

In this article, we will talk about the hidden risk of using a doorbell camera and we will offer a solution to this growing concern.

Almost all doorbell cameras use the home’s network to operate. It uses WiFi to transmit data to your device when you want to see who’s on the door. And it also uses the internet to upload data to numerous drives all around the world so when you want to see who stopped by your place last Wednesday at 2 pm, you can easily pull up the footage. Now, this is where the problem arises.

Many people who had nothing to do with you, whose only crime is passing in front of your house or door, have now unknowingly had their image captured and stored on some server without their consent. This is a violation of their rights. Who knows where their images will end up and in which hands they will fall. They could be used in any number of things, some innocuous reasons some with a little more malice.

For many years, people have been aware of this problem but it never came to light since there were really no other options that people had. If they want security in their home, they have to accept some concessions. And at that time, there were really new reports about the unwanted use of someone else’s photos.

That all changed when the world came to realize how massive privacy selling was and how much of a risk it poses to people. Not only that, it seems that even the biggest names in tech that have been entrusted with millions of user’s data were doing most of the harvesting and selling. It caused uproar and devices that unknowingly gather private information was deemed unfit to be used by the general public. If they wanted to spy on people, they would go to a spy shop.

The arrival of Ubiquiti’s G4 Pro Doorbell digicam is in response to this growing privacy concern. It is a doorbell camera like no other and it promises to be different from other brands in one key aspect, privacy protection.

The UniFi Protect G4 Doorbell looks, at first glance, like any other doorbell camera on the market today. It is small and compact. It has night vision capabilities. It has a microphone as well as a speaker for two-way communication. And it comes with motion sensing. But its number one selling factor is it doesn’t send data to any of the cloud servers like other doorbell cameras.

Features of the UniFi G4 Doorbell include:

But just because it doesn’t connect to the internet doesn’t make the G4 Pro less capable. It can still connect with the local WiFi so people at home can still get notifications about who’s at the door. They could even save footage on the device itself so they can scan it later.

The device uses a CMOS sensor in order to capture high-quality video at 30 frames per second. It has a fixed lens with a viewing angle of up to 155 degrees, a PIR sensor for motion detection, and a built-in display. In many aspects, this device is just like any WiFi doorbell camera. It still offers the same level of protection to the home but it does so without promising the security of other people which is a huge selling point for a lot of people.

And because it doesn’t need any server for data storage, users are freed from having to pay a monthly subscription fee. It also lessens the risk of any would-be hacker getting a hold of private data and using it in malicious and abusive ways.

Living in a modern and digital world affords us a lot of conveniences only dreamed of by older generations. But this convenience comes at a price. We are exposing more and more of ourselves to the outside world which is a risk for abuse. Fortunately, humanity’s innovativeness has stepped up to challenge this idea and it is in devices like the UniFi Protect G4 Doorbell that people begin to take back their privacy. 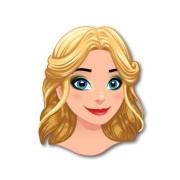 Hello World! This is DulsuVirgo. I am a blog writer. I like to write anything. Most of the time I passed to write something.

Are Chimeneas Better Than Fire Pits? Which One To Choose!

5 Ways to Make Your Home More Attractive for spring

6 Tips to Keep in Mind When Decorating a Living Room